Living in Paris you quickly learn that Sundays are rest days.  Largely thanks to the ever-present unions, trading on Sundays is for the most part banned in France.  Some people also cite respect for “traditional” family values as justifying the ban on trade, which makes some sense.  But it is damned annoying when it’s Sunday night, you have run out of toilet paper and all you have in the fridge is a mouldy piece of comté.

In any event, this explains the eerie silence in the streets of Paris on Sunday mornings.   Sundays in Paris are left for nursing hangovers, brunching, wandering, catching up with friends, sitting en terrasse, footing, going to expos and that wonderful gallic tradition of Sunday night ciné.  Even I’ll admit that, despite the inconvenience, it’s nice that Sundays are left for family, friends and downtime.

That said, some areas of Paris have eluded the ban on trade, e.g., the marais, the historic Jewish quarter and super trendy place to be seen.  It is largely business as usual in the marais on Sundays, the sabbath having passed.  On top of that, the streets are pedestrianised.  This means the marais is always buzzing with people out for their Sunday balade, eating falafel sandwiches (on that note, if you find yourself in the rue des rosiers and tempted to join the queue for a falafel, go directly to Miznon in rue des écouffes, see below if in doubt) and admiring the over-priced (yet totally worth it, boyfriend, if you are reading) clothes at Sandro, maje and Claudie Pierlot. 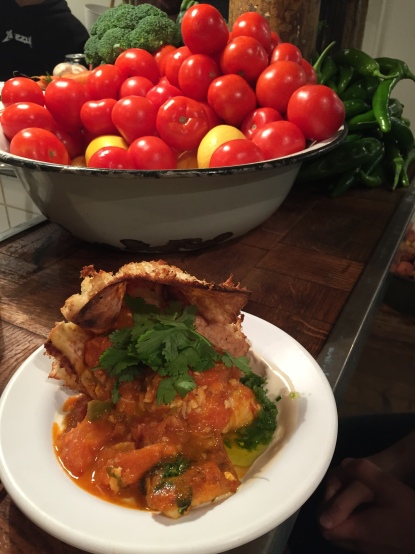 Although the  French government passed a law last year allowing further exceptions to the ban on Sunday trade (part of the Loi Macron, named after the French Minister for Finance, Emmanuel Macron, who proposed the law), finding a decent supermarket open on a Sunday remains damned near impossible.

Hence our excitement when the supermarket downstairs recently put up this sign: 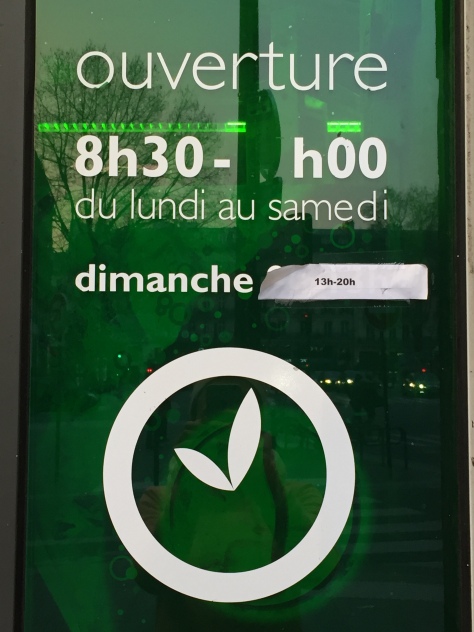 Who would have thought one little piece of paper could change so much?

This was a game changer.  Not only was the franprix open on Sunday, it was open on Sunday evening until 20h.  No more going to the overpriced alimentation générale  (the equivalent to a general store, or a milk bar for the Australian readers) to get toothpaste for the week.  No more staring down the barrel of Monday morning with no breakfast goods.  First world problems, certes, but little things that make the Sunday night blues that bit more bearable.